The future of Instant Messaging 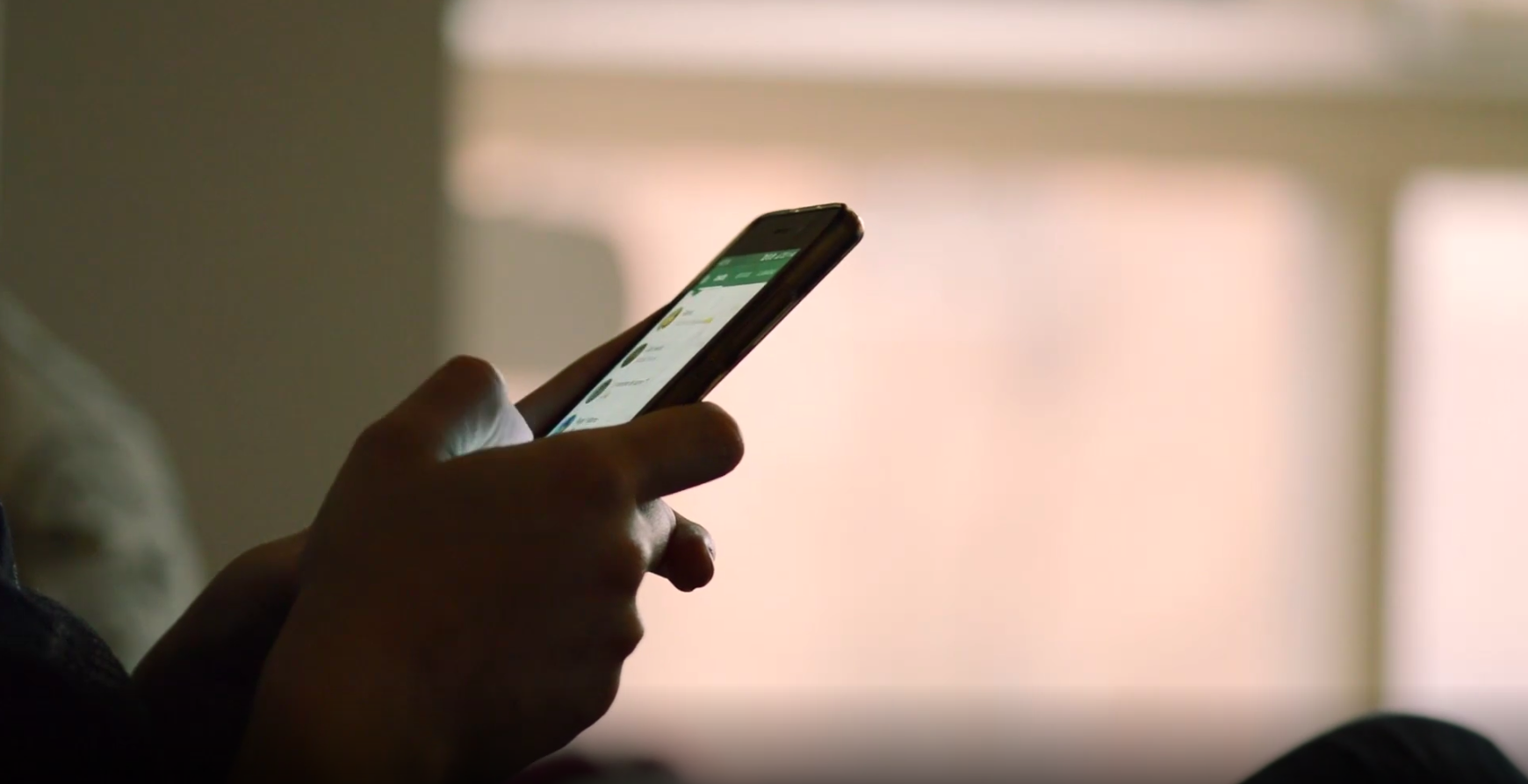 Over the top services

With everyone regardless of the platform used

Without adds and trackers

OTT providers offer innovative, rich and user-friendly applications and have altered the behavior of users in the consumption of communications services. Traditional communication services such as voice and messaging offered by Telcos, now are faced with fierce competition from OTTs.

Although Telcos introduce RCS in the market to compete with OTTs, the interconnection among different RCS networks (RCS Hubbing), WebRTC enabled applications and OTTs imposes an important market barrier. The lack of such interconnection hinders cross-application and cross-networks interoperability and consequently creates disconnected specific islands. Despite sounding natural and aligned to the European Digital Agenda for neutrality, the interconnection of said islands remains a highly challenging topic.

IMA-HUB© project is founded upon three pillars: the key technology enablers uniform and open interoperable tools and a solid business strategy. The first pillar integrates existing mSensis technology and communication enablers to provide the IMA-HUB© for the real world environment supporting communication mashups. The second pillar offers a set of intelligent tools and APIs allowing stakeholders to use platform services to accelerate in-app development. The third pillar provides support for business and market alignment through the applicability of use cases, the adoption of the open innovation paradigm and collaboration.

For the indirect users IMA-HUB© is the fulfillment of all communication needs with the use of just a single client, beyond multiple accounts/contact lists/message history lists, and posts on different social media. Users will be provided with a new enhanced communication experience globally reachable, manageable and economic. Also, they will save substantial amount of time and money for managing or migrating their digital assets from one application to another.

Web and mobile apps, seeking to incorporate communication services, will greatly benefit by the service, since it will not be required to build the entire communication stack into their app. IMA-HUB© will provide CSP–as-a-service (CPaaS) enabling rapid deployment, high quality services and a viable economic model. Internal implementation is highly costly because it requires the best talent in the area to be used for long enough time in order to provide the solution and then to consider key-issues such as security, synchronization, interoperability with other app users and scaling. In terms of cost, CSP will reduce the developing cost by 40 % and in the same time, will substantially reduce the go-to–market time.

Webcos looking for monetization will benefit from a new business model based on the interconnection. OTTAs with small subscribers base and with a strong local geographic presence will increase their penetration and their subscribers’ base. Telcos will be enabled to provide OTT-like services to their customers through IMA-HUB© white label services, in order to increase the usage of their data plans and to counterbalance the losses due to webcos’ OTTAs.

The goal of the IMA-HUB© project is to design and develop cloud-based infrastructure, scale it to cover market needs, test and validate the IMA-HUB© approach within real communication world, and commercially launch its services to market.

OTTA and Telco architectures are often considered to be intrinsically different on the communication services level. Opposed to popular belief, the architectures are quite similar and usually can be divided into three independent layers: network, control and application. The interwork of Telco operators relies on standardized protocols. In order to seamlessly deliver voice and messaging services, operators interoperate based on strong standardization, parameter profiling and peering agreements. This interworking has proven to be a very efficient way to interconnect thousands of network operators throughout the world with transparent revenue sharing. Conversely, OTTA models do interoperate at all, neither on the control level, nor on the application level.

Billions Messages per day by OTTAs

percent is the voice traffic generated by VoIP apps

Driven by the rise in smartphone usage and the decreasing cost and convenience of mobile broadband plans, it’s been forecasted that OTTAs will continue to grow unabatedly and ultimately lead to a significant decrease in SMS and MMS traffic. In order to function properly, OTTAs require a mobile Internet connection and both parties must have the corresponding proprietary software application installed on their mobile phones. The OTT model is playing a key role in the new phase of the mobile voice market. By 2013, the penetration of VoIP services on smartphones was approximately 10%, dominated by Skype, and major alternatives such as Viber and Google Hangouts. A rapidly growing number of smartphone owners are beginning to use VoIP applications as their primary voice service, and it is expected that by 2017 one out of three smartphone owners will be active users of VoIP applications, generating 14% of voice traffic . It is estimated that the Telco industry will lose $386bn between 2012 and 2018 to voice OTTAs.

Most of the Instant Messaging (IM) and Voice over IP (VoIP) apps introduced in late twentieth and early twentieth century were based on open standards like XMMP/Jabber , which enabled them to interoperate (e.g. an AOL IM user could communicate with an ICQ or a Yahoo! Messenger user). In 2009, WhatsApp turned the tables and began its global conquest through the iPhone, with a custom version of Jabber that no other IM applications could talk to. Skype, and later iMessage stepped in, cementing the so-called walled garden approach for IM and OTTAs. In general, OTTAs are divided to two categories: (a) the many-to-many group OTTAs (Facebook, Twitter, etc.), and (b) the one-to-one or one-to-many OTTAs (WhatsApp, Viber, etc.). Most of the OTTAs follow the walled garden approach. They are closed ecosystems/communication areas where users cannot communicate with users of other OTTAs or Telcos.

Another challenge for Telco, beyond OTT, is the Direct (Peer-to-Peer) Communications such as WebRTC and Object RTC, which shall be enabled via LTE and 5G. WebRTC provides browsers, mobile applications and Internet of Things (IoT) devices with Real-Time Communications (RTC) capabilities via simple APIs and common set of protocols. WebRTC initiative is mainly supported by Google, Mozilla and Opera, amongst others. The Object RTC enables mobile endpoints to talk to servers and web browsers with Real-Time Communications (RTC) capabilities via native and simple Javascript APIs its components are being optimized to best serve this purpose. The Object RTC initiative is a project supported by Hookflash, Microsoft and Google.

In order to stand the competition and the rising threat from OTTAs, Telcos introduced Rich Communication Services (RCS), which offer rich, and interoperable communication services, beyond voice and messaging, like IM, content/ file sharing, group chat and video conferencing across multiple devices. However, the RCS has operator local reach (in the specific operator market) and directly interconnections are needed to connected to other operators.

The fragmented communication market poses inter and intra challenges to all stakeholders including consumers. App. Developers’ intra challenge concerns the risk-free technology selection for their applications (RCS or webRTC). Their inter challenge is related to which technology will be more interoperable in order to reach more consumers. Telco’s intra challenge is the RCS interconnection since the interconnect process has to be repeated each time an operator want to interconnect with another operator. Each interconnection is time consuming to achieve (approximately six months each according to GSMA), mainly because of its level of complexity. Their inter challenge is the interoperability with other messaging applications with webRTC (eg through a webRTC getaway) and with OTTAs. Although OTTAs follow the walled garden paradigm in order to monetize through advertising or subscription. They face an intra challenge of overcoming the fierce competition from new entrants with new innovative features (e.g. Snapchat with ephemeral messaging) and new business models (e.g. Telegram) taking a share of their market. OTTAs inter challenge concerns the continuous growth of their subscriber base especially in countries with low Internet penetration through other channels (e.g Facebook 0 in Africa). Finally consumers’ main challenge is the communication with any other consumer irrespectively of the app they are using.